Now for something a bit different: For the past three years, on account of my being back in Malaysia (the country of my birth, and where my parents continue to call home), I had been able to have -- as tradition dictates -- Chinese New Year's Eve dinner with at least two members of my family. Since I'm unable to do so this Chinese New Year's eve (on account of my being in Hong Kong, and my parents actually having gone to visit my brother in Australia), I'm going to commemorate this occasion by sharing some photos taken at dusk -- which, yes, I'm thinking can symbolize the impending passing of yet one more year in the Chinese lunar calendar -- which I've taken at different times of my time in the Fragrant Harbour as well as parts of 'Asia's World City'.

For the record: the most beautiful sunsets I ever saw and photographed -- though, alas, on non-digitalized film -- were from beaches in Pulau Langkawi (a Malaysian island I only ever holidayed for a few days on) and Zanzibar (the fabled African isle where I lived for close to two years). I also recall witnessing some wonderful sunsets in Beloit (which ungrateful college students like I was then would ascribe to the pollution!) and while on safari in northern Tanzania.

For all that though, reckon that some of the dusks that had a hand in producing the following photos weren't too shabby either... and hope that, upon viewing the snaps taken during that time period (but not solely of sunsets per se), you'll think so too! :) 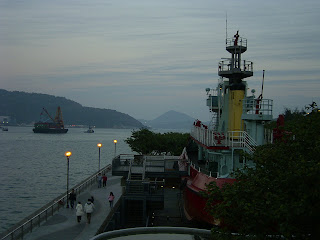 As nature's light dims, the electric lamps get switched on
-- from Quarry Bay Park looking out to
the Lei Yue Mun Channel of Victoria Harbour 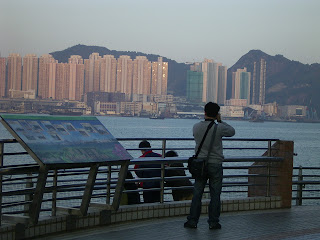 No, those aren't lights from apartments but, rather,
the setting sun's light reflecting off glass windows
(And yeah, I'm not the only photo bug who noticed the effect!) ;b 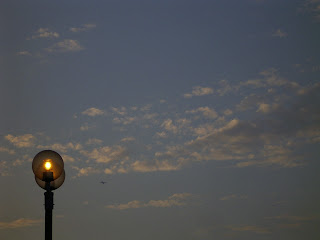 Don't you think the tiny plane in the photo
looks like a bug getting attracted to the light? 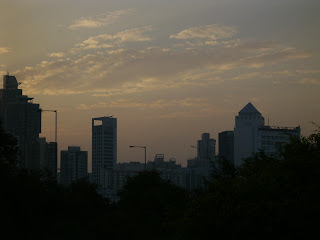 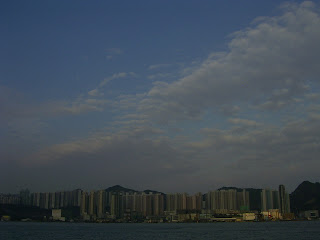 On the subject of cool clouds: how's this for a picture?
-- looking north and across Victoria Harbour
from the promenade at Sai Wan Ho 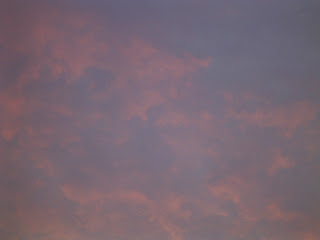 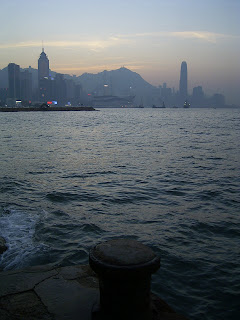 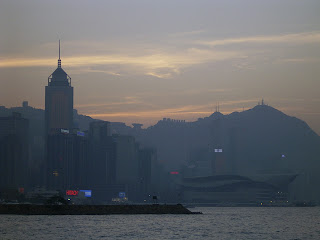 A more close up view,
for if you couldn't recognize them in the previous picture,
of Causeway Bay and Wan Chai in the foreground,
and The Peak in the far distance

Great shots! The sky's always changing but you managed to capture their beauty.

Happy New Year to you! I hope you have some festive plans.

Thanks and I take your appreciate words as a real compliment, seeing as it comes from you! And kong hei fatt choi to you too! :)

Thanks and yes, I do have festive plans: some more orthodox than others! (As it is, have already celebrated the holidays by taking in a Chinese New Year movie and going on yet one more Hong Kong hike! ;b)

Such pretty photos. Sometimes I'm dismayed when I lack a camera and chance upon a scene that might be captured pretty well photographically.

I can almost smell the harbor in the photo taken from Fortress Hill. Wonderful theme, great photos.

Agree and that's why I've taken to carrying a camera around with me most of the time that I am out and about in Hong Kong! :)

Glad you approve! ;b