Many of us have heard about "runner's high".  But even though I've done my share of running (and jogging) over the course of my life, I don't think I've ever achieved it.  On the other hand, I totally would subscribe to the existence of walker's or hiker's high.  What's more, it doesn't have to involve super strenous treks but, rather, ones where one passes through scenery that causes me to pause to better appreciate it and can even take one's breath away.

I've said it before but the Tai Tam Country Park really is may well be my favorite Hong Kong country park. Yes, it doesn't have any peaks to rival those on Lantau and its countryside is not as ruggedly scenic as those of, say, Sai Kung East Country Park or Sai Kung West Country Park.  But it makes up for this with its accessibility -- and, really, what one sees on a hike from, say, Wong Nai Chung Gap to the Tai Tam Reservoirs really isn't too shabby at all! ;b 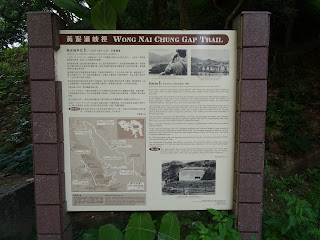 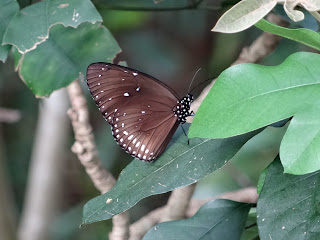 Butterfly spotting was more my thing that particular afternoon
that I went over to Wong Nai Chung Gap, however! 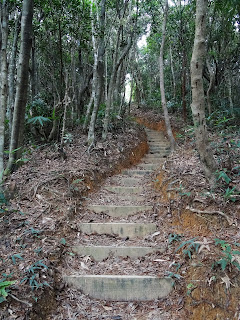 I could have avoided going up those steps but I actually
opted to get some exercise in from doing so! :O 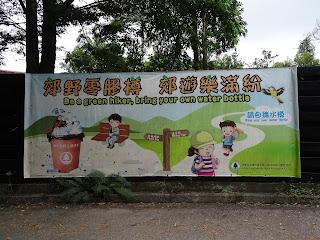 I'm willing to wager that the majority of hikers care
about the environment -- but how many are
willing to do their (little) bit to help it? 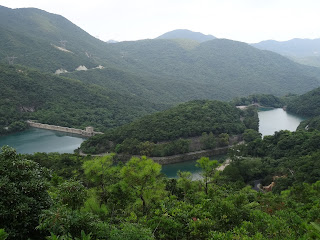 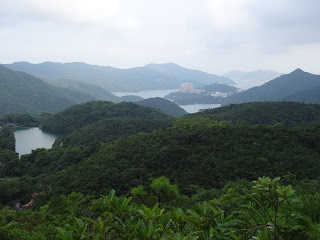 A green view that extends further into the distance to include
Tai Tam Harbour, the Redhill Peninsula, and Dragon's Back 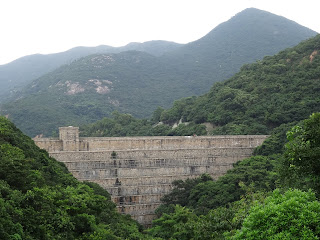 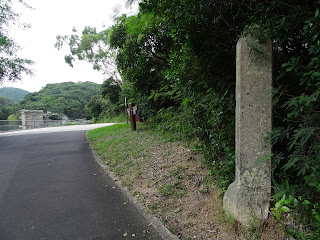 A historic stone marker is so weatherbeaten that
it's hard to quite make out what it is, and is there for ;S
Posted by YTSL at 11:57 PM

This entry, with its photos and text, communicates a "walker's" and "hiker's high" that definitely exists - and, for this reader, provides a positive counterforce to the political clamor happening below on the streets.

Only a few of these had been found. The one you saw at Tai Tam was left where it is. There is one on display in the Museum of History.

That does look like a really lovely place. I love your photos! The stairway is especially appealing, and the photos of the dam and reservoir are very dramatic. I wish that I could join you on a hike there some day!

I wanted to wish you happy blog anniversary. Today (still November 16th, at least in my time zone) marks 10 years of each of our blogs. I am, as always, very glad that we crossed paths.

It's hard -- perhaps impossible -- to ignore the political goings-on taking place where you and I live, and I think it may actually be a good thing as I tend to subscribe to the idea that ignorance is NOT bliss. At the same time though, I do reckon that it helps one's sanity -- and stamina, etc. -- to take a break from the turmoil and trouble from time to time. And hiking most certainly is an activity that I find destressing, and therapeutic even.

Thanks for the link to cool information! Wish that kind of information was more readily available on the spot, etc. But I guess I should be glad that it does exist at all... :)

Remind me to take you to that area on your next trip to Hong Kong... And happy blog anniversary to you too. You're very good at keeping track of such dates. I, on the other hand, sometimes feel like I've been blogging forever even while also feeling at other times like it can't have been that long since our blogs came into existence.... ;b