Before anything else: hope everyone -- whether you live in a part of a world where Christmas Day is a public holiday or not -- have had good days.  Although it's been 15 years since the British handed Hong Kong back to the Chinese, Christmas Day remains a public holiday in the Fragrant Harbour.  And as has become a tradition of sorts for me, I went out hiking today.

But rather than put up pictures of that hike today, I'm opting to offer up photos from a hike I went on one windy as well as cloudy September day last year -- one that took me along the Dragon's Back and the rest of Hong Kong Trail Stage 8 up until Pottinger Gap, where my hiking buddy and I opted to follow the Pottinger Peak Country Trail until a turn off that brought us down to Big Wave Bay via a path that ends close to a prehistoric rock carving in the area.

Alternatively put, the hike we went on that day covered some ground that I had not previously been on as well as trails that I had been on before.  And yes, I do consider a sign of my growing confidence and familiarity with Hong Kong's hiking trails that I now feel able to cobble together a hike route from different official trails. :) 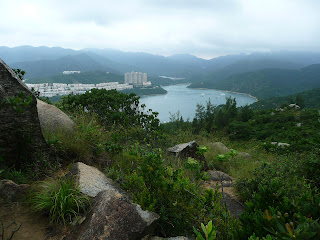 As this view from early on the hike shows, it was cloudy
but visibility was not too bad at all that day 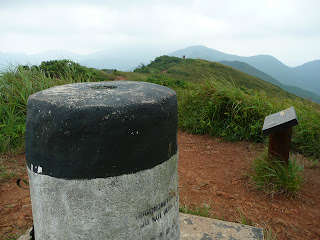 Of course I had to take a photo of yet another
trigonometrical station that encountered on a hike! ;b 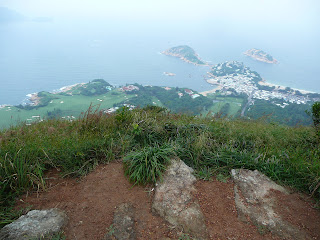 The view from the top of the ridge takes in Shek O
(including its golf course), Tai Tau Chau and Ng Fan Chau 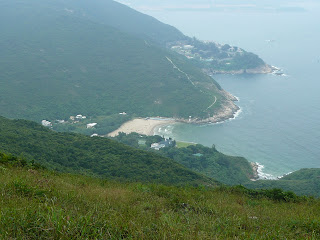 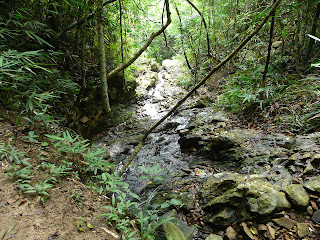 Yes, there are indeed parts of Hong Kong Trail Stage 8
which are not up on the ridge 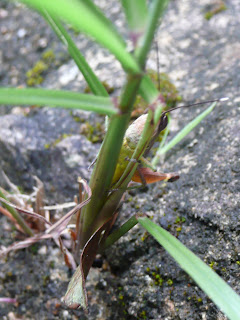 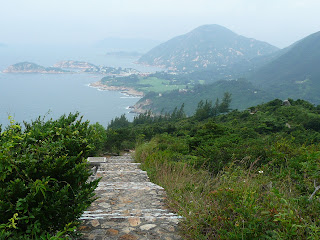 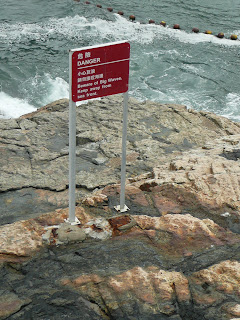 A big sign warning of big waves was a sign
that we had made it to hike's end at Big Wave Bay :)
Posted by YTSL at 9:44 PM

Oh! Your picture has inspired me to try hiking Dragon's Back!!!

Which picture? Because, among other things, do note that not all were taken while on the Dragon's Back or even Hong Kong Trail Stage 8! ;b