The same weekend that I took Collecting Tokens' Alejna on a hike from Wong Shek Pier to Chek Keng, I went with my then regular hiking companion on a trek that, funnily enough, started at Ngong Ping, where my past Sunday's hike ended!

Rather than go on the Ngong Ping 360 Rescue Trail that day, however, we opted to partly go along the Nei Lak Shan Country Trail to Tung Shan Fat Mun (i.e., East Mountain Dharma Door/Gate) and then down to the village of Shek Mun Kap via Tei Tong Tsai. And suffice to say that this route was a good deal easier -- and consequently offered up more opportunities to generally take in all manner of sights -- compared to Sunday! ;b 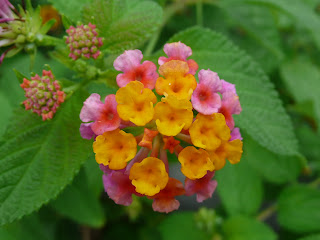 One of the more beautiful lantana blooms I've seen 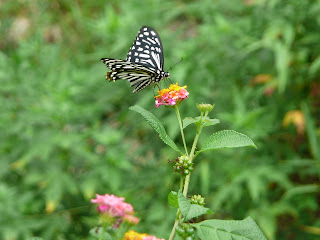 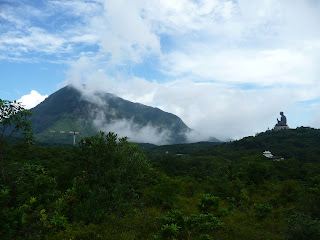 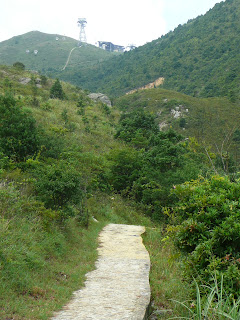 View of parts of the trail I hiked last Sunday! :b 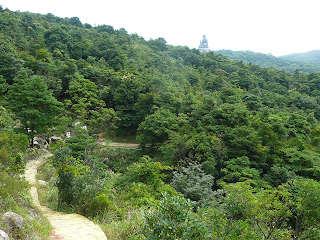 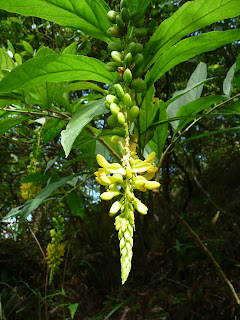 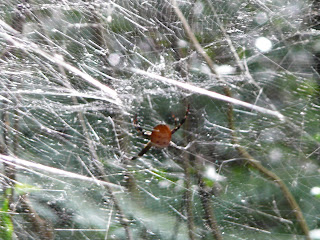 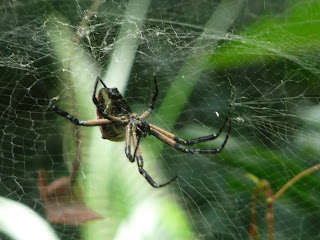 Lots of great photos, as always! But I am particularly taken with the last spiderweb photo. I don't ever recall seeing a spider web with a grid pattern like that! It looks like a fishing net.

You had to include spiders!

I see my share of that kind of spider web but the spider on it in that photo is what I find unusual as in Hong Kong, I'm more likely to find golden orb weaver spiders:-
http://webs-of-significance.blogspot.hk/2011/07/spiders-galore-over-on-lammas-southern.html

But of course! ;b