A Lantau hike that offered views of spiders, monasteries and more (Photo-essay)

A few years ago when hiking from Ngong Ping down to Pak Kung Au, I came across a big spider that was about to devour a creature it had trapped in its web.  Several hikes later, while going on a trail that overlapped for the first half or so with that earlier one, I spotted a few more spiders -- though, strangely enough, none of them were Giant Golden Orb Weavers.

Other sights along the hike from Ngong Ping down to Shek Mun Kap included a number of monasteries and religious retreats -- and not just Po Lin Monastery, home to the Big Buddha either.  I'm not sure how many religious establishments there currently are on Lantau but in the 1970s, there were as many as 135 Buddhist monasteries on Hong Kong's largest island.

To this day, the majority don't attract visitors the way that Po Lin Monastery does.  Still even if they are not tourist attractions, the denizens of the monasteries located near hiking trails appear to have become well used to seeing their share of people passing by.  And at the very least, I hope that they don't mind too much hearing the sound of occasional chatter from hikers as I am indeed one of those hikers who enjoys talking on hikes (as well as drinking in sights, snapping photos, etc.)! ;b 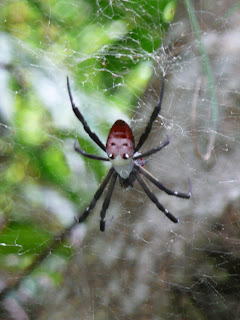 One more spider photo from the hike --
and ain't this one cute looking? ;) 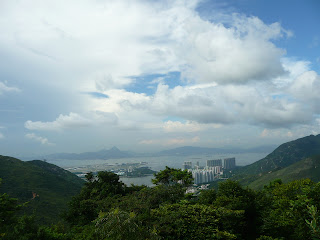 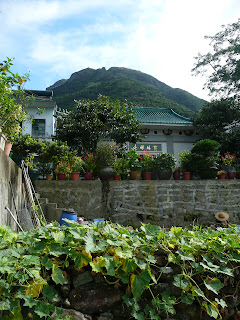 A mountain in the background, and a monastery
and part of its farmed garden in the foreground 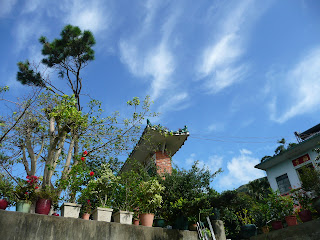 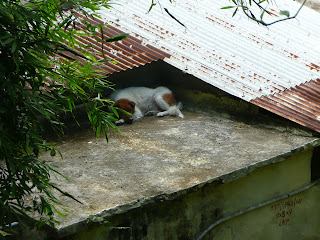 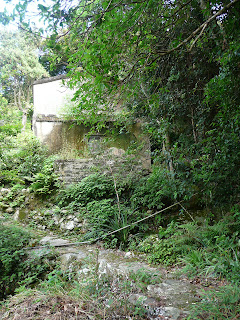 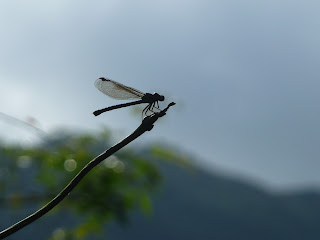 I love the wings of this damselfly -- and also that it
stayed on the branch long enough for me to photograph it :) 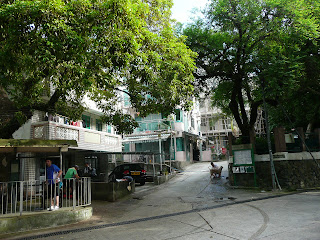 Is it hot that the dog prefers to sleep/

The photos are from a late August hike -- so yeah, it'd have been pretty hot that day. :b


Enjoy this essay with its photos of local scenes. In the third photo is the head of the "Big Buddha" peeking up? Really like this photo.

I'm glad you like this photo-essay. Re the third photo: actually, I think the hill at the top of it is Nei Lak Shan and the Big Buddha is on the other side of it -- and not visible from that particular vantage point.