Before anything else: For those who didn't check out the comments thread of my previous photo-essay, baroness radon enquired why Ma Shi Chau (Cantonese for "Horse Excrement Island") was so named. My reply was that I had heard that "the island's shape is thought to resemble a heap of horse excrement when viewed from an elevated angle".

However, sbk offered an alternative explanation to the effect that some of the rocks in my photos reminded her of horse shit! To which I have to express my relief that Ma Shi Chau most certainly does not smell of horse excrement -- nor is covered by piles of horse manure the way that another Hong Kong island, Tap Mun, is full of cow shit.

So, fortunately, one doesn't have to watch where one walks on Ma Shi Chau -- at least not in that sense. At the same time though, those thinking of visiting this island in Tolo Harbour need to be aware parts of the island -- including sections on which the Ma Shi Chau Nature Trail lie -- are underwater during high tide. In addition, it is worth noting as well that although the Ma Shi Chau Nature Trail is officially only 1.5 kilometers long, one needs to double back along it and its official starting point actually is about one hour's walk from the mini bus and bus stops at Sam Mun Tsai!

Still, lest there be any doubt about my thinking the area is a good place to hike, just look at the following photos to dispel those doubts double quick! :b For some geographical context: no, Ma Shi Chau
really isn't all that far away from civilisation! 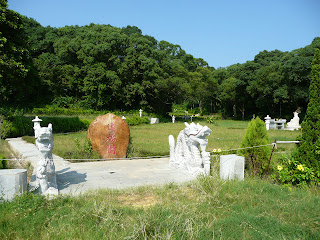 On the designated Special Area itself, there lies
a "memorial garden"/columbarium whose
legal status looks to be in dispute 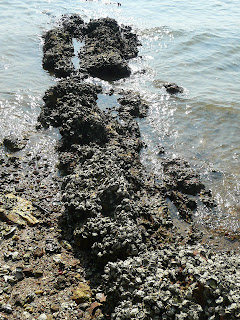 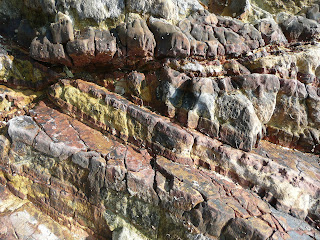 ...and this especially since some of the rocks to be found
on the island are so colorful as well as interesting looking! 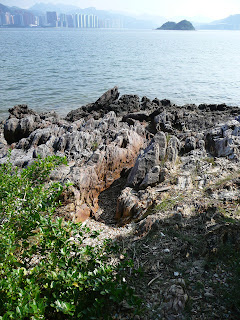 Of course, admiring the rocks didn't stop me
from also enjoying the scenic views 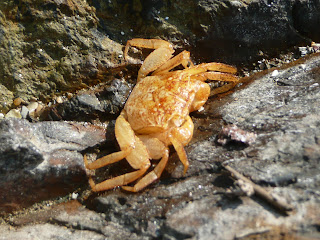 ...or spotting what looks like a soft shell crab
nestled on the rocks by the water ;b 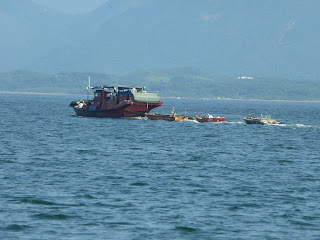 Occasionally, passing traffic out on the water
would also catch my eye 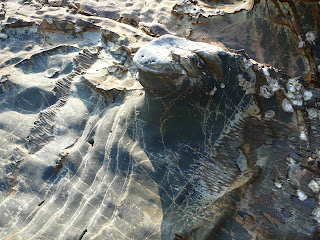 Still, I think you'll understand when I assert that
the rocks really were the main attraction that day :)

I must put Horse Poo Isle on my to-do list for my next visit to HK!

Just make sure it's not high tide when you visit! Otherwise, you might get stranded on the island (or not be able to make it out there)!! :O