Penang cinemas past and present (Photo-essay)


Once upon a time, people went as a matter of course to view movies at single-screen picture palaces. These days, however, many of these once popular purveyors of dreams lie abandoned and/or in ruin while others of them have been converted to serve other purposes that often are far away from that of filmic entertainment. Moreover, in many parts of the world, those stand-alone cinemas that still exist look to be waging a losing battle for the most part against fancy plus modern multiplexes.

The part of me that remembers good times spent at, and good movies viewed within, Malaysia's old cinemas can't help but feel some modicum of sorrow whenever I pass by one of those once thriving concerns. At the same time though, I have to be honest and laud the newer multiplexes for offering the sort of sound and picture quality as well as generally comfortable seats and surroundings that the old theatres were unable to offer even in their heyday.

Additionally, I do take quite a bit of comfort from the fact that -- unlike as was feared a decade or so back; and is the case in a few other of Malaysia's states -- there still are places in Penang where one can go and view movies on a big screen. Furthermore, coupled with the sadness that stems from seeing such as the transformation of the charming Rex cinema into a furniture store is some relief that not all of Penang's cinematic heritage has gone the way of the completely demolished Capitol theatre or even the now heart-breakingly derelict Majestic... 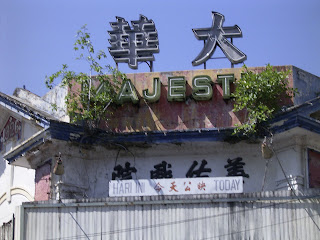 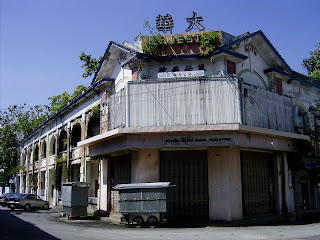 ...nonetheless, the Majestic will forever have
a place in my memories and heart
that's courtesy of the movies I viewed there 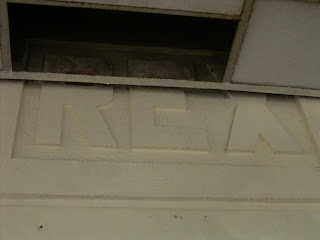 The Rex name has been almost entirely obscured now... 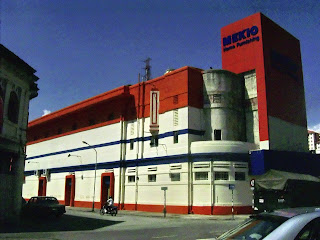 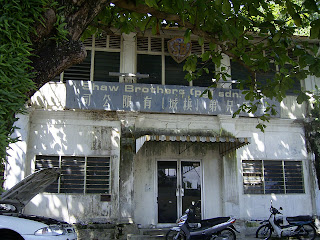 And yes, the Shaw Brothers used to have a Penang office too! 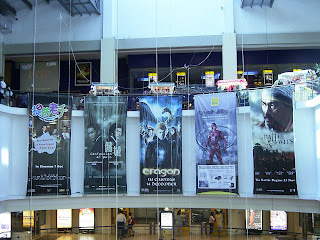 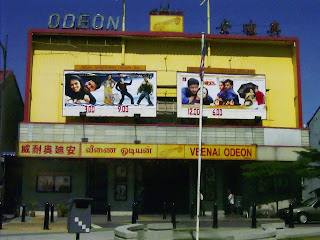 Cool pics, YTSL! Some enterprising person should take over the Rex and restore it. But that's undoubtedly a risky proposition in this age of multiplexes, probably even more so in Penang. Here in the SF Bay Area we are blessed to have two wonderful restored movie palaces: the Castro Theatre in SF (where I just saw the amazingly cool Big Trouble in Little China) and the Paramount Theatre in Oakland (which is used mostly for concerts but does have a summer film series and also offers historical tours).

"Some enterprising person should take over the Rex and restore it."

Unfortunately, it's recently been turned into a furniture store! And this was after several years of lying unused.

And to have not one but two wonderful restored movie palaces in your area...really, you fellows out there in the SF Bay Area are blessed!

Next time I visit Penang, I'll make it a point to stop by these places of interest, snap a few photos. What to say about the preservation and protection of the Cultural Heritage beyond the UNESCO area...

Re the preservation and protection of the cultural heritage beyond the UNESCO area: think that Penang does better than a lot of other places I know -- but, of course, things could always be better.