This afternoon (a few hours after I went and added two Hello Kitty figurines to my collection), I went on another hike with the same trio of friends who I had walked from Tung Chung to Tai O with a couple of weeks ago. So, having told them that I'd be putting up quite a few of the photos I took along the way up on my blog, I figure that I had better make good on my promise. Thus, here are eight more photos from that long but leisurely walk that, hopefully, more than just they and myself will be able to enjoy checking out:- 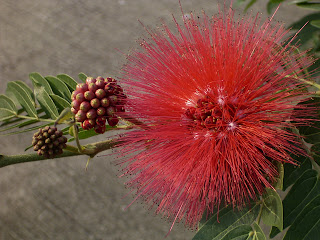 Before we get to the scenic nature shots,
first here's a colorful close-up... ;) 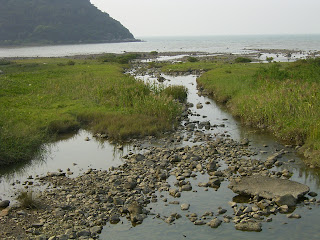 At times during the hike,
including this section around Sham Wat Wan,
we were more or less at sea-level
and near the sea itself 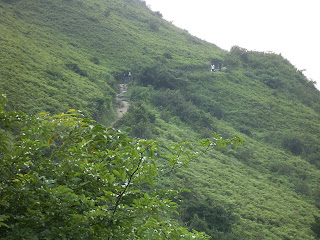 But soon afterwards,
the trail began heading up to higher ground 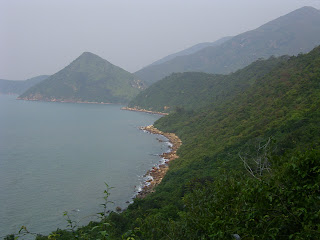 And it's from higher ground
(albeit that which still was close to the coast),
that we got to drink in views like this... 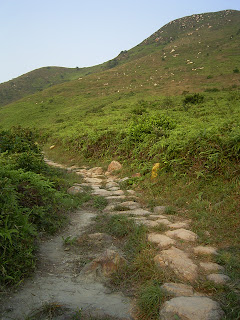 Is it just me or do some parts of Hong Kong
resemble some portions of the English countryside? 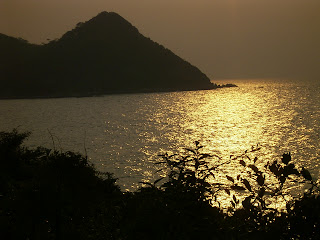 Although this photo makes it look
like it was not the case, there really still was
quite a bit of sunlight left in the day at this point 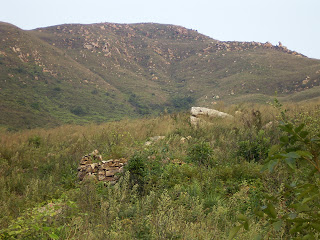 Believe it or not:
This picture was actually taken
later in the hike then the one above it! 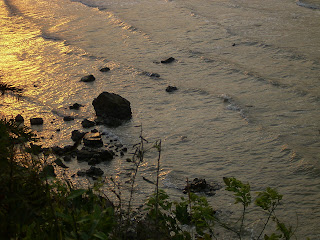 As we neared Tai O and our journey's end,
we got near to sea-level
as well as the sea once more

And hmmmm, it looks like there'll have to be a third Tung Chung to Tai O photo-essay since I think it'd be remiss of me to not put up any of my photos of Tai O and its environs at some point in the near future... ;S
Posted by YTSL at 9:57 PM

Yes re good memories and hoping that we go hiking together again... and before too long! :)

I can see what you mean about English countryside, but we just don't have anything as exotic as the flower in your first picture:) Looking forward to more!

True enough re that flower not being found in England! OTOH, don't you think it kinda looks -- with some imagination -- like a red dandelion? ;b