Sometimes, I just have to hike.  Thus it was that despite there having been thunderstorms in the morning, two friends and I took a chance that the weather would improve later in the day -- and fortunately were rewarded by a rainless and actually pretty pleasant afternoon of hiking!

Adding to the enjoyment was it being so that although the route we opted for was one I had been on with a different hiking companion a few years earlier, I saw new sights, cultural as well as natural, on this second hike along a combination of the Pak Tam Chung Nature Trail, Sheung Yiu Country Trail and a portion of Section 1 of the Maclehose Trail... ;b 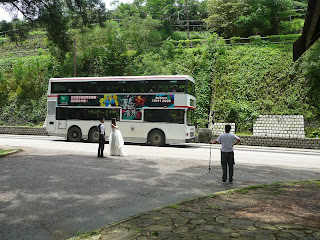 It's amazing where people choose to have their
wedding photographs taken... 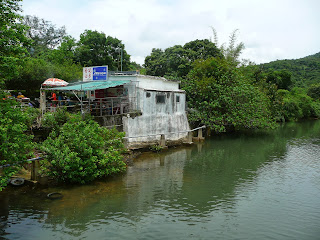 ... and I have to admit to also thinking that the side
of a stream flowing through a country park also
is not where I'd expect to see a cafe! 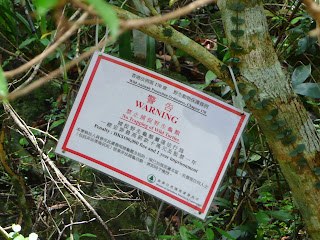 A sign alerting people to the existence of wild turtles
in Hong Kong as well as it being illegal to trap them! 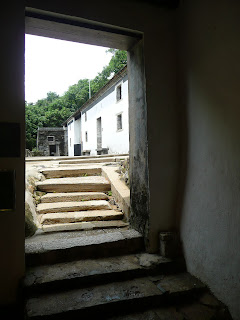 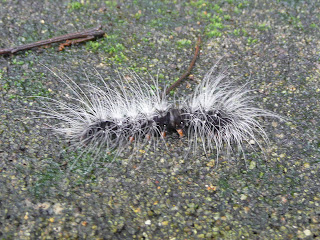 A type of super hairy caterpillar I've now spotted
in more than one part of Hong Kong! 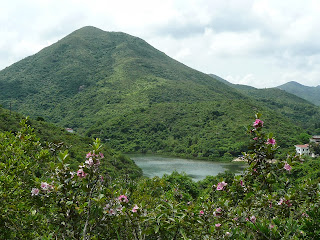 Yes, I did take some landscape photos along this hike... ;b 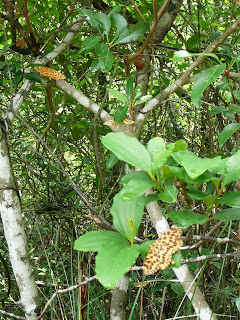 Spot the orange magpie moths in this picture! 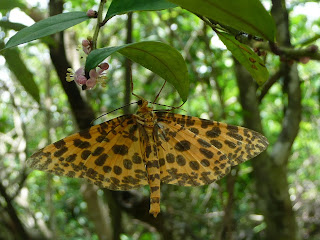 I loved that I was able to take a clear, close up shot
of one of these pretty moths :b

The Sheung Yiu folk museum is superb, have been visiting there off and on since I was a kid. Last time I was there was about 3-4 years ago, with six adults and a couple of infants, and we arrived (accidentally) right as they were closing. They opened back up just for us, and let us look around for probably a good 15-20 minutes. Incredibly nice staff, and a very cool museum.

It's great that you are showing all these hiking spots in HK so that people who think about going there would have other choices than shopping and eating, although those 2 choices are pretty tempting.

That's a really nice story about the Sheung Yiu Folk Museum staff. Have to admit that it's not big enough for me to go out of the way to visit but definitely do think it's nice to check out on a hike. :)

There's definitely more to Hong Kong than shopping and eating. And sorry too that you're not able to visit my Photo Hunt entry (technical problem?) but thanks for leaving a comment on this entry.