Last week, after looking again at the photos I took on my February visit to Shing Mun Country Park, I got a hankering to go on another hike in the area. After mentioning this to a few colleagues at lunch time, it was decided that we would go on a group outing there this past weekend.

Alas, the humidity and heat -- with temperatures rising on both days to 33 degrees Celsius -- put paid to that idea (or, at least, got us postponing the trip to a cooler time of the year). So, for now, will just focus my eyes -- and hopefully your attention too -- on the photos taken some months back on a beautifully clear day and a hike that was only around 8 kilometers but was enlivened by checking out some wonderful Central Hong Kong panoramas as well spending some time and effort exploring area military relics, including underground tunnels with names like Regent Street and Shaftesbury Avenue... 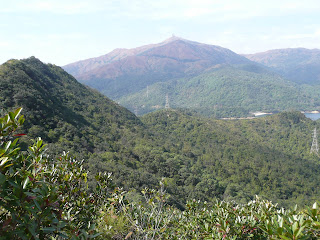 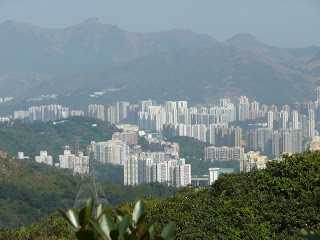 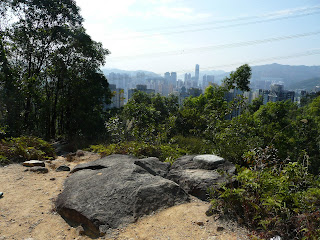 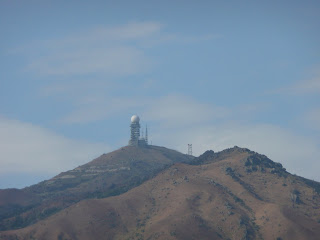 Photo courtesy of a 10x zoom that
gets me thinking of a scene from a sci-fi film! ;) 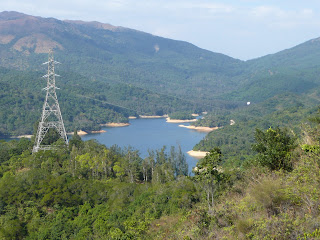 Looking down and northwards
towards Shing Mun Reservoir 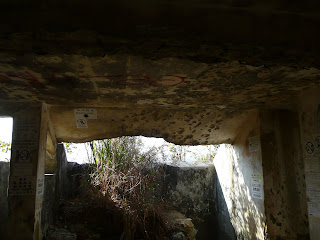 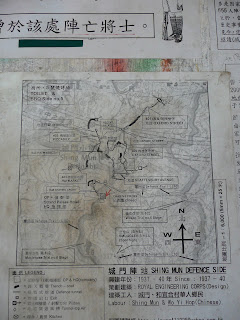 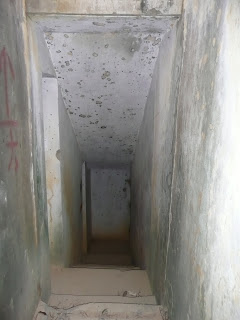 Dare to enter and explore further?
With an intrepid companion and
torchlight in hand -- yes, indeedy!

The picture of that tunnel suddenly made me wonder why there have been no horror/slasher films set in the countryside of Hong Kong. The camping teens in peril is practically a sub-genre in Hollywood film.

Anyway, a stroll down Regent Street sounds like just the right mix of scary and exciting! That is... if they aren't too long and narrow!

Judging from the way the PTU folks of "Tactical Unit: Comrades in Arms" reacted to being in the Hong Kong countryside, it's because few film folks have gone out and seen what's available to make use of out there -- including the tunnels! (Though, to be fair, Pang Ho-cheung is knowledgeable enough about the area to have filmed "Exodus" in the Lower Shing Mun Reservoir Area.)

And re the tunnels: some of them are pretty long... and narrow! ;b

ah! I've been meaning to go to Shing Mun reservoir.

Sorry I haven't been in contact recently. I'd love to meet up.

And: last weekend was so hot!!! I heard some hikers had to get helicopter-lifted out from a trail, and that another family's dog died while they were hiking?

Anyway, certainly the opposite of hot & sunny today.

And yes, last weekend *was* hot. (And oh woah re what you heard about some hikers!) And while it's not so hot now, it's still really humid. So... another weekend best spent in cinemas and museums, methinks! ;b