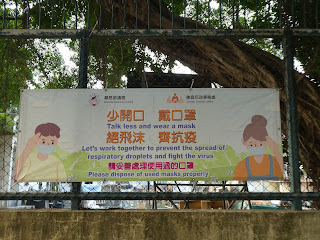 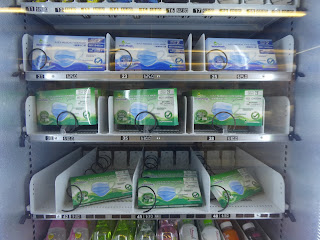 
For the first time in quite some while (since July 4th, 73 days ago, to be exact), Hong Kong had no -- yes: nada, zero, zilch! -- new local daily Wuhan coronavirus cases today; with all four new reported cases having been imports (one each from India, Japan, the Philippines, and Rwanda).  Sadly, there's one additional death today to report; bring the total number of deaths from the coronavirus in the territory thus far to 103.  On the bright side though is it pretty much having been confirmed that the third -- and most deadly -- Wuhan coronavirus wave that hit Hong Kong has now subsided.

Even before today's news, things were looking pretty good on the coronavirus front for Hong Kong when compared to the likes of Singapore and Tokyo as well as London, New York and Los Angeles.  In recognition of this, the Hong Kong government has announced the relaxation of several social distancing restrictions beginning this Friday.  These include the reopening of bars, swimming pools, karaoke lounges and even Hong Kong's two major theme parks (Ocean Park, which I've been to a few times over the years; and Hong Kong Disneyland, which I've still never set foot in, and don't ever intend to).  Also, restaurant dining hours will be extended until midnight.  (But -- surprise, surprice (Not!) -- the ban on public gatherings of more than four people will stay.)

The powers that be also probably realized that it wouldn't do to further extend its Beijing-backed "Universal Community Testing Programme" beyond yesterday (after having extended it twice already) which has been revealed to have cost HK$530 million to run!  And with just 42 positive results having been made, that effectively means that each of those positive cases cost HK$12,619,048 to discover (less than the HK$40 million amount estimated earlier by Apple Daily but a ridiculously hefty sum nonetheless)!

I'm sure that the government would say that if the 4-5 million people (from Hong Kong's 7.5 milillion population) that Health Secretary Sophia Chan estimated would take the tests had done so, more positive cases would have been found and this mass testing scheme would have been more worth its cost.  As things stand though, the total number of tests taken by yesterday was officially estimated as "around 1,783,000" -- and it's worth noting, even then, that there are reports of some people having gone and taken the tests more than once!

Re those people who took the tests more than once: it's their right, I guess, since these tests are meant to be voluntary. But one still wonders why they decided to do so.  To help inflate the embarassingly low numbers? Sadly, that's quite likely as these tests have effectively turned into a referendum on how much the Hong Kong people trust the government (to actually be doing something for sound medical rather than political reasons, to not collect their DNA for something nefarious, etc.) -- and the answer is pretty clear: not much at all.

Throw in other factors like groups of people being pressured by the pro-Beijing/Communist Chinese-owned companies they work for to take the tests, and the number of true volunteers taking the test goes down further. In a seemingly last ditch attempt to drum up more support, Mainland Chinese medical workers administering the tests gave statements to reporters about the sacrifices they had made: like work up to 12 hours per day, with the heavy workload even causing hand and shoulder injuries to some.  Details also were shared about some having even been working eight hours straight without a break, and resorting to wearing adult diapers to avoid going to the toilet!

I guess this kind of thing impresses people in Mainland China. In Hong Kong, however, the reaction has been quite different.  As local lawyer Kevin Yam Tweeted on the matter: "Wearing diapers to minimise breaks in #coronavirus testing exercise: What might genuinely be considered in Mainland China as a heroic commitment to get the job done would instead be considered in #HongKong as unhygienic, inhumane and/or simply contrived and needless"!  And "Saikung Reader" was moved to Tweet that "Someone in Gov needs to read the Labour Dept’s Guide on Rest Breaks"!

In short, it really can feel like "One country: two different worldviews".  And even while people keep on bemoaning the death of "One country, two systems", there's still obviously enough differences between Hong Kong and Mainland China for such as the relatives of the 12 Hong Kongers currently detained in Mainland China to want to see their return to Hong Kong.  At the same time though, it's true enough that crucial differences really can feel like they are being chipped away; prompting the American and British governments to update their travel advisories for Hong Kong in recent days to warn of "abitrary arrests" now being a real possibility in this part of the world as well as Mainland China as a result of China's imposition of a national security law in Hong Kong.
Posted by YTSL at 11:37 PM

I think Covid is going to be around for a while, our area the numbers are starting to slowly move up.

Yes, I'm afraid that Covid/the Wuhan coronavirus is going to be around for a while -- i.e., through this year and into the next, at the very least. :(

Take care, be well and be safe over where you are!

Agreed. The thought of someone doing that is off putting. As for the idea that someone wearing adult diapers would be administering your test if you took it... really ewww!