The first few years after I moved to Hong Kong, I used to go to Macau at least once a year.  But after a December 2012 visit there with my parents (during we stayed at the Venetian Macau and did such as take in a performance of the House of Dancing Water), I stopped going to the former Portuguese enclave which is now a sister Special Administrative Region of the People's Republic of China.

Thanks to watching Funassyi's amusing Macao Challenge videos (including one in which the Pear appeared on the House of Dancing Water stage and another in which it visited a spa) which were uploaded to Youtube last year, however, I got to thinking it'd be good to visit Macau again.  Now, within a space of some nine months, I've been there twice already.  And as I trust the following photo-essay (which includes snaps I took from my two recent trips) show, I've had a ball each time and came away thinking I really should return there sooner rather than later... ;b 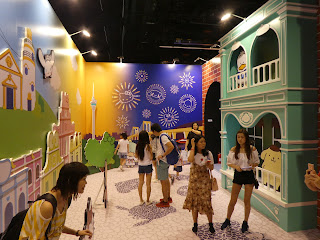 As I mentioned in a previous blog entry, my primary reason
for visiting Macau early this week was to check out
the Our Sanrio Times special exhibition at Studio City... 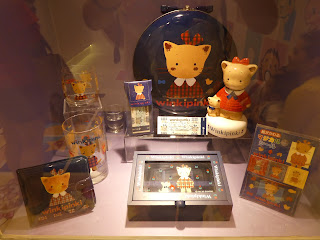 ...which I was delighted to find showcased
more than one Winkipinki item! :b 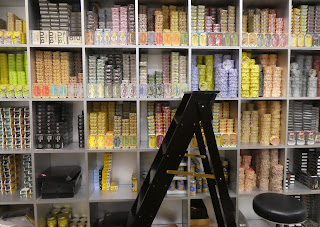 Outside the exhibition, I also wandered around town, as is
my inclination whenever I'm in Macau -- and this time around,
I came across the beautifully set up Lojas de Conservas store 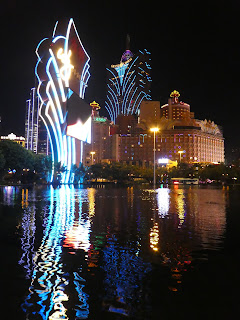 As the proverbial "they" say, time flies when you're having
fun -- and all too soon, it was nightfall in the city! 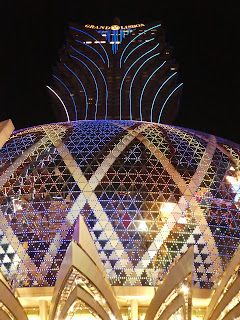 On my previous visit to Macau, the casino lights also had
entranced (though not enough to induce me to venture into
the gambling parlors to throw my money away there!) 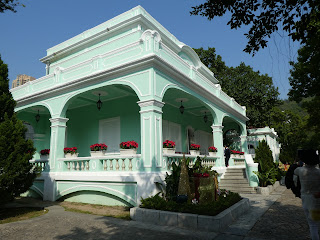 And especially during the day, the territory's heritage buildings
(like this Portuguese-style structure that's part of
the Taipa Houses Museum) actually charm much more 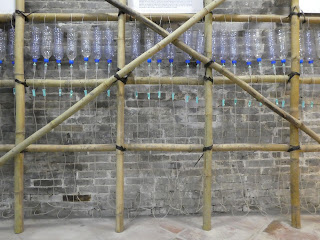 Considerable effort as well as funds have been devoted to restoring and
conserving historic buildings such as the Chong Sai Pharmacy
established by Dr. Sun Yat Sen and reopened to the public in late 2016 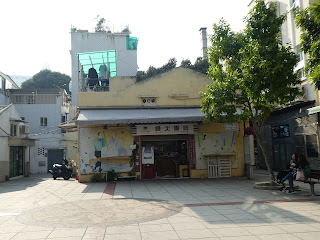 A good part of Macau's allure for me involves being able to serendipitously
come across establishments such as the picturesque Fong Da Coffeeshop
in Taipa Village (whose brews smell wonderful and are oh so strong!) :b
Posted by YTSL at 11:01 PM