"Were you ever a scout?" a professor of mine once asked. As I puzzled over why he was asking me this question from seemingly out of the blue, he followed up with, "You know, "Be prepared!""; whereupon I realized that he was teasing me over my tendency to observe the Scout motto and sometimes over-prepare for things.

But while I realize that there have indeed been times when my over-cautiousness has not been ideal, I also do reckon that it often has served me well -- including when out hiking in Hong Kong. More specifically, especially when I'm the hike leader, I never go on a hike without a guidebook and/or the appropriate Countryside series map of the area as well as such as a torchlight, plenty of bottled water, a towel to wipe the copious amounts of sweat I shed on any hike away, sunscreen, insect repellant, and -- of course! -- my trusty camera. And I often take pains to ensure that that's the case with my hike companion(s).

So... before this hike (which was undertaken on a hot July day -- i.e., the middle of summer -- last year) even got started, I found myself turning away a friend of a friend who had come equipped with just a small bottle of water and wearing not the most comfortable of shoes. At the same time, I considered that her friend (and mine) passed muster... So off we went on a hike in Tai Lam Country Park (out in the western New Territories) that began on a paved path that was very well shaded but soon segued onto a trail that was much less so -- but also more scenic for our pains... ;b 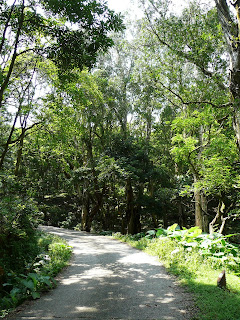 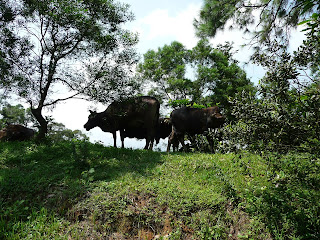 Early on in the hike, we got evidence that it was one where
we would be seeing quite a lot of non-humanoid creatures... 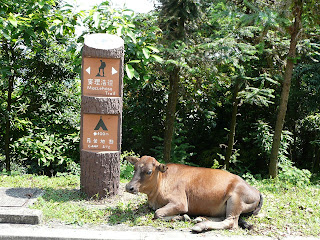 I think the heat that day made animals --
not just people! -- just feel lethargic and lazy 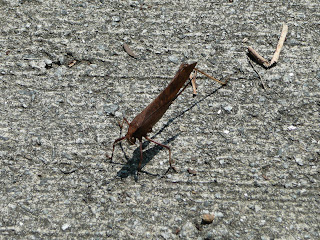 Wood-coloured insect on the road 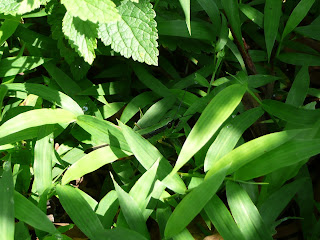 Less easy to spot (but, trust me, it's there!) --
a grasshopper that blends well with the greenery 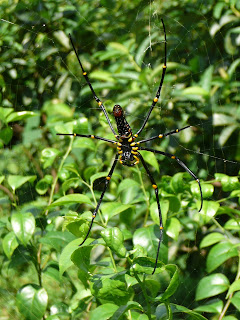 It may not seem to be so in this photo
but trust me when I tell you that this spider's
on the huge side by spider standards! 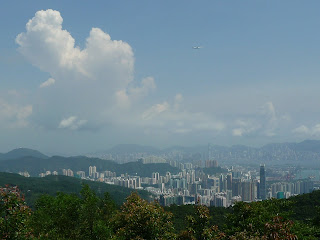 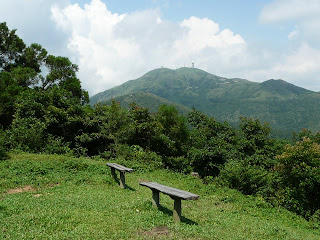 It took a minute, but I finally found the grasshopper!
I have to agree with you that it is important to be prepared on the trail. Two things that I have in my bag that aren't on your list are duct tape (you never know when the sole on a boot may come loose!) and sanitary napkins (they are great to soak up blood--like when a finger nail is lost).

Glad you took the time to look for -- and were successful in finding -- the grasshopper! :)

Wow, you ARE prepared! Forget to mention: some other things I have in my backpack are a packet of tissue paper (for bathroom needs... ) and a packet of band aids! ;b

LOL! After I first met you in HK, I actually used the words "scout leader" to describe you to my wife.

And LOL again about turning away that friend of a friend. I wish I could have seen that.

So, you never did answer that question: were ever you a scout?!

I have to admit I once described you to a friend as a "girl guide" or a college "dorm prefect" type. I do enjoy going places with you as you always do your "homework" before setting out. What about a compass and Swiss army knife?

Eeeeek re your decription of me to your wife!!! I'll take it as a compliment though...

But believe it or not, I never was a scout! :DDD

Eeeeeeek too at your description of me to your friend!!! And hahahaha... actually... so far, I've not needed a compass in Hong Kong (as I don't tend to stray off trail if I can help it). And no, I don't have a Swiss army knife these days... ;b