Before I visited the mountain town of Hida-Takayama (or just plain Takayama), I had heard that it was known as the Little Kyoto of the Mountains/the Japanese Alps/Hida/Gifu.  To be honest though, I think that Kamakura deserves the "Little Kyoto" label more and, if anything, Takayama -- with its traditional wooden houses in the old part of town, some of them still private residences while others housed interesting shops and eateries -- reminded me more of Naramachi.

But if there were a section of Takayama which would call to mind Kyoto, it'd be the temple- and shrine-filled town outskirts which I passed through while going along Takayama's 5.5 kilometer Higashiyama Walking Course.  Takayama's Higashiyama is far less full of tourists -- or any other folks, for that matter -- than Kyoto's Higashiyama (for the record, Higashiyama means  "Eastern Hill(s)/Mountain(s)" in Japanese).  So while its buildings are less physically impressive, the area's quiet feel more than compensates in terms of making it an attractive space to spend time exploring... :) 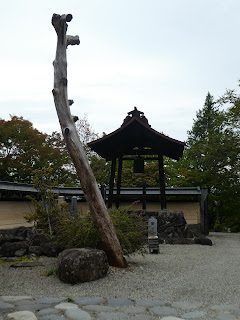 Tree trunk, bell and bell tower in a corner of
the Shorenji temple grounds 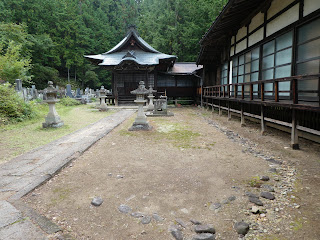 Superstitious folks thinking of going along Takayama's Higashiyama
Walking Course should be aware that it takes people right through,
not just along, a couple of temple graveyards! 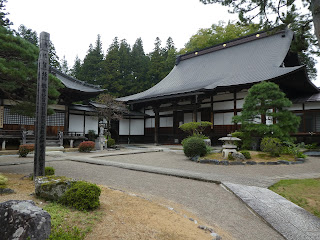 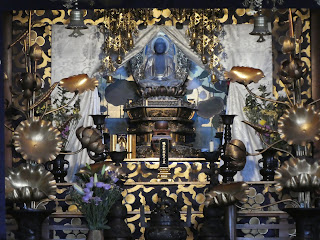 Peek into the main halls of the temples and you'll get
rewarded with beautiful visuals like this :b 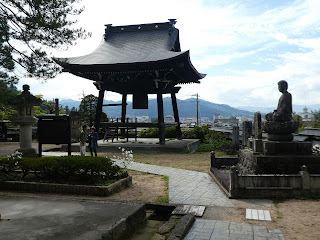 If I didn't know better, I'd easily imagine that this image
had been taken in Kyoto (or Kamakura)! :) 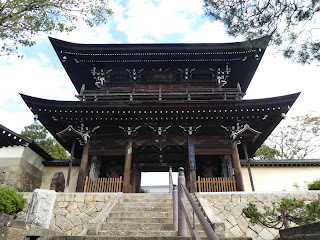 Daioji's two-storey, 18th century Sanmon Gate was the
most impressive structure of its kind that I saw in Takayama 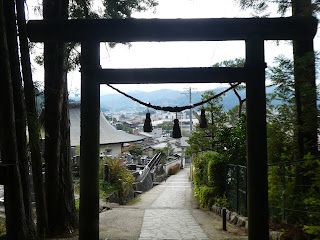 Looking downhill towards the town center from
just within the grounds of Higashiyama Shinmeijinja
Posted by YTSL at 10:31 PM

For each of your vacations you always post at least one entry where the photos and text recreate an excursion that the reader may enter into, interact with, and remember (vicariously) as if it were their own travel experience! This photo-essay is a perfect
example.

Thank you! I love it when you tell me that you enjoy my posts, in large part because you do so so very eloquently. :)