Travelling on trains in Japan 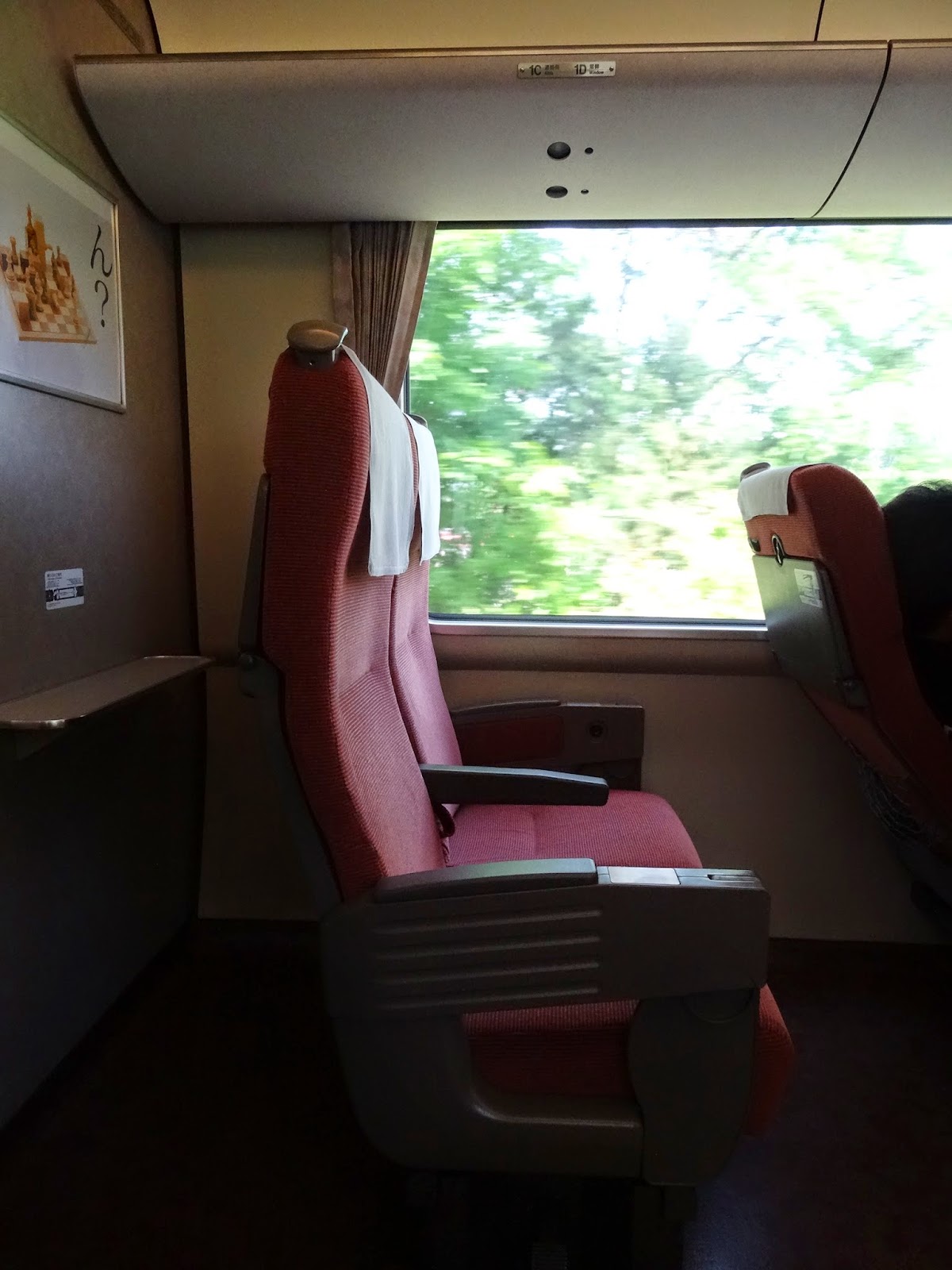 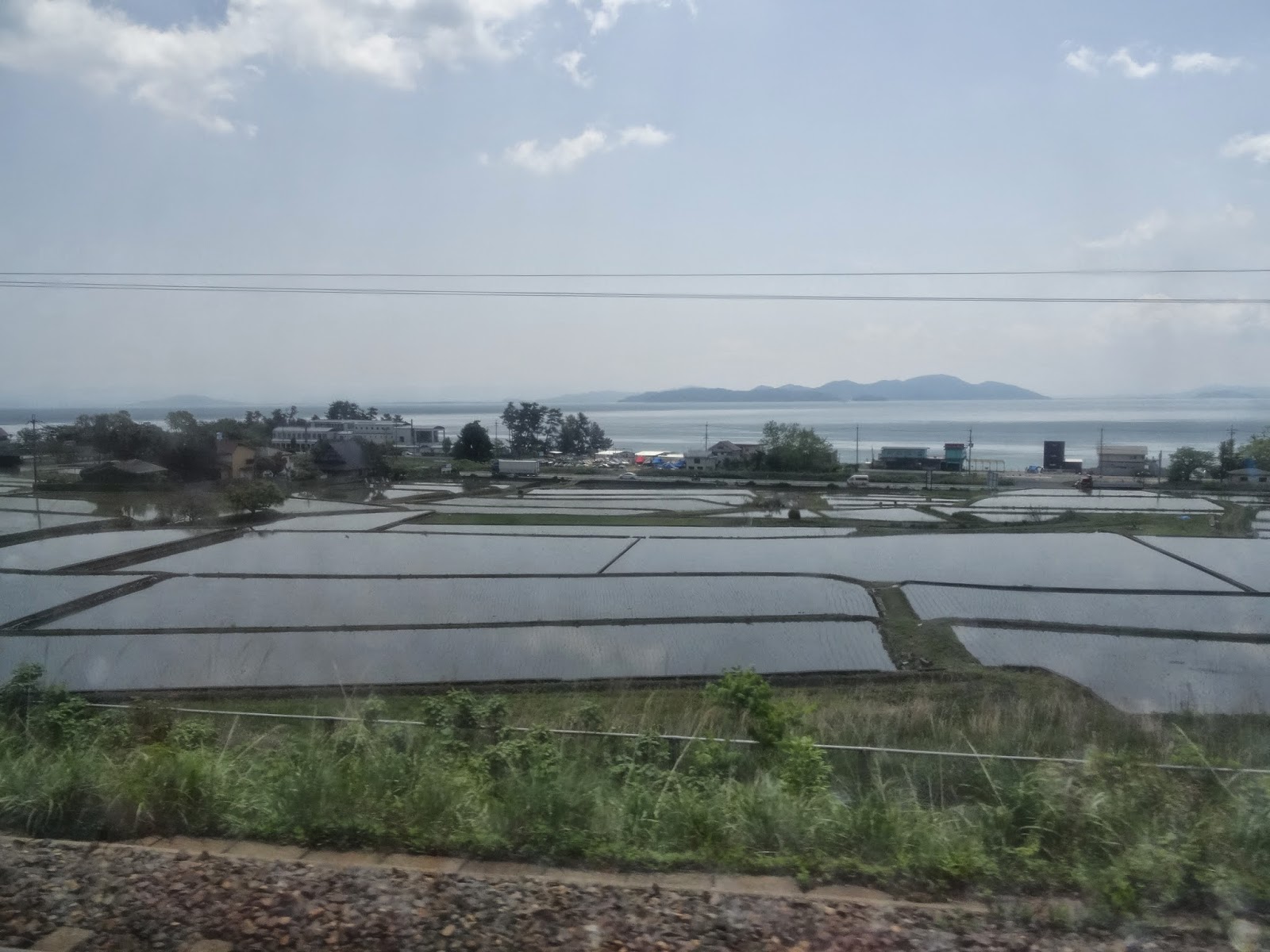 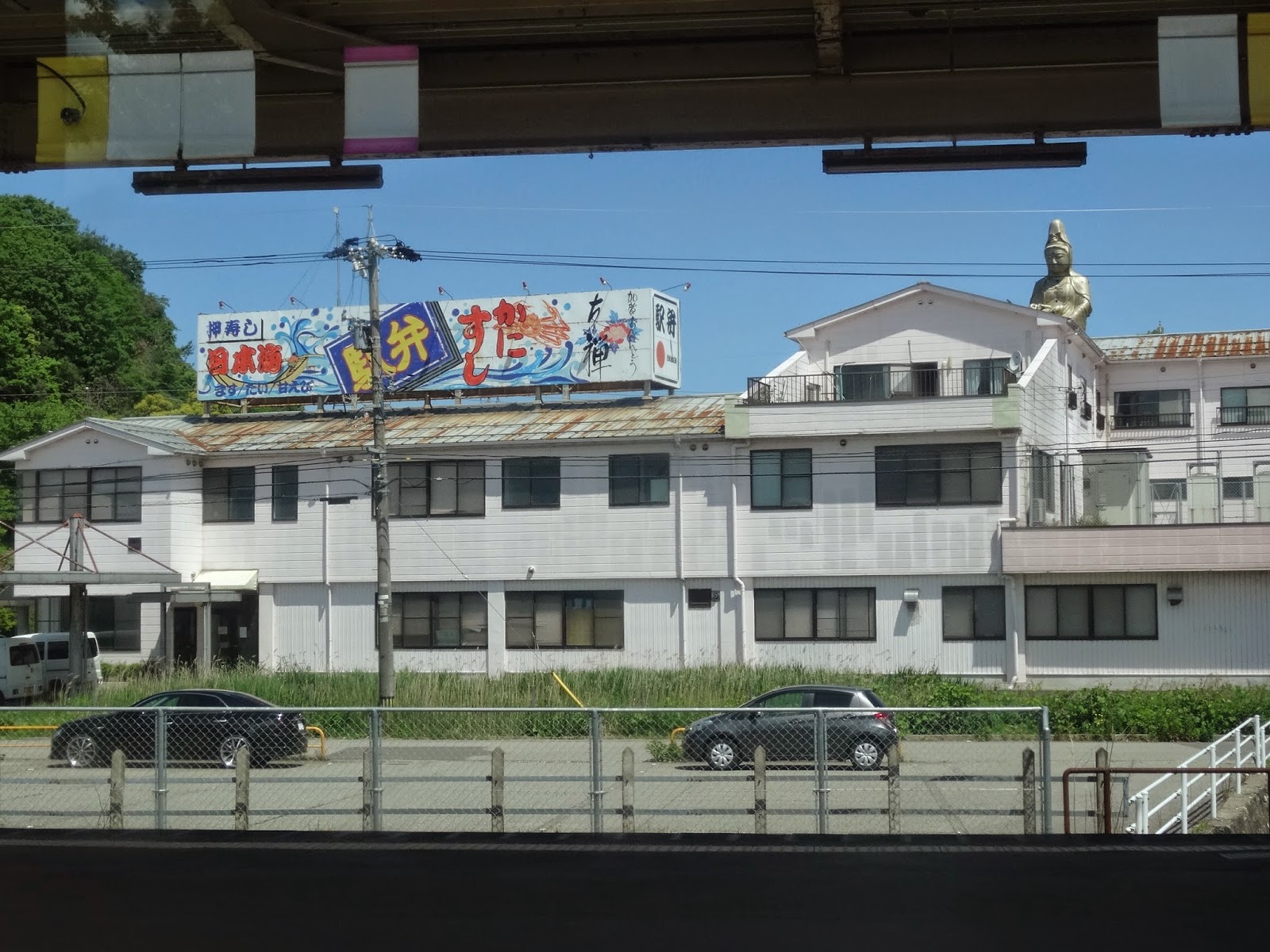 When looking out of the train window, one often sees
a mix of everyday and exotic sights


Before going on my recent Japan holiday, I worried about two things, both of which involved the train journey I'd be embarking on shortly after arriving at Kansai International Airport. The first had to do with whether I'd be able to easily switch from one train to another in order to get to Kanazawa, on account of there being no direct train that'd take me from the airport to the capital city of Ishikawa Prefecture -- unlike is the case with, say, Kyoto or Sapporo.

The second concerned whether there'd be sufficient space for my luggage -- since unlike some other countries', Japan's trains do not have designated baggage carriages.  And although airport trains such as the Haruka Limited Express that I had taken from Kansai International Airport to Kyoto last year have designated storage space for larger luggage (i.e., the kind that would be too big and/or heavy to put up in the overhead spaces), most other trains -- including the Thunderbird Limited Express trains that I'd be taking for most of the way to Kanazawa -- don't.

Because of the first concern, I decided to go for more flexibility and not opt for reserved seating on the trains.  This way, if I failed to make the first connection, I wouldn't get financially penalized for taking another, later train.  A second reason for not going with reserved seating which one would have to pay more for was that I had read that long distance trains in Japan don't tend to be full unless one's travelling on peak holiday periods (such as Golden Week).

And so it proved -- with there turning out to not only be plenty of empty seats in the unreserved compartments that I travelled in but, also, plenty of space for my luggage too!  For, as I found, there's actually quite a lot of leg room built in -- so much so that I would pretty easily have managed to fit my bag in between my seat and the one in front too.

Something else that made travelling with luggage easier for the likes of me is that not all that many of the train passengers had bags as large as the one I had checked in on my flight, so the luggage space set aside in each carriage in the last row of seats (as can be seen in the photo at the very top of this blog entry) is actually very little used!

All in all, I find travelling on trains in Japan to be pretty pleasant affairs -- with my favorite category of train being the limited express. For while the shinkansen (bullet train) can be downright luxurious, it actually can go too fast for me to properly take in views of the landscape that whizzes all so quickly by when one's travelling on it and on the other side of the equation, journeys on local and rapid categories of trains can seem to go on forever because they stop at stations along the way so very often.  (As for the express category: there actually don't seem to be that many trains that fall in this category -- or, at the very least, I don't seem to have encountered too many of them on my Japan journeys!)

Something I like a lot about being on trains in Japan is how so much of the passing scenery can be really interesting.  In the case of the trip to and from Kanazawa on this recent trip, I was intrigued by seeing so many rice and other agricultural fields located so close to not only the train tracks but also paved roads, residences and -- this is something I remember from my first trip to Japan back in 1982 -- graveyards!

I also like the look of a lot of the villages that I passed by -- where, to gauge by the size and physical condition of the houses, there's not that much economic disparity between the richest and poorest inhabitants.  More whimsically, I love how such as a giant Kannon statue can suddenly be spotted looming above all else.  It's not so much that I get impressed by a community's religious fervor but, rather, that such sights do add something eye-catching to the landscape!
Posted by YTSL at 11:45 PM

A photo-essay which captures the experience of being on a train (the reader will have to provide the sound of the train), and being able to study the passing scenery - knowing that you might see something that will long remain in your traveler's consciousness...The bottom photo of the giant Kannon is the kind of mythical nearly-surreal kind of passing sight that I would personally treasure.

Re seeing a giant Kannon: should you visit Hong Kong again, make sure to venture to the Tolo Harbour area for a glimpse of a giant Kuan Yin statue... ;b